Jack White refuses to let the flame of rock die out 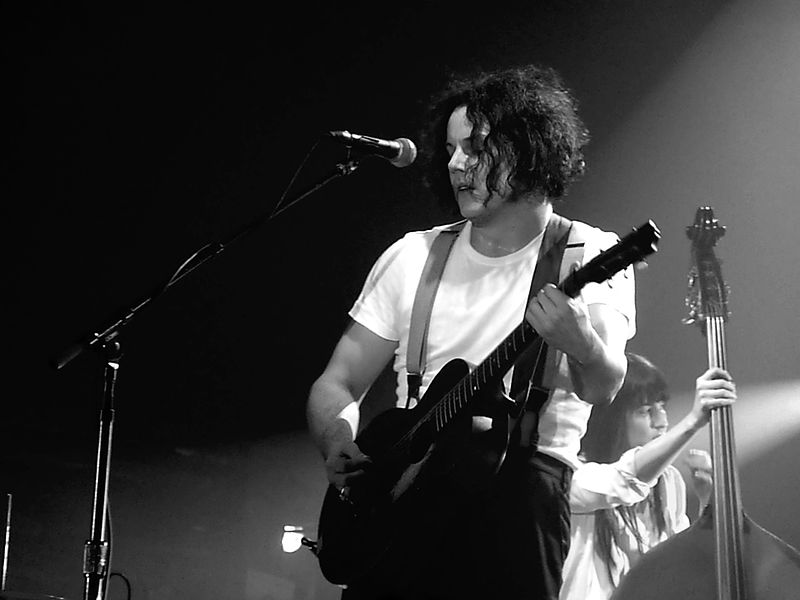 With the supposed demise of authentic rockers descending on the music world, it was hoped that Jack White, one of the last of a dying breed, would produce an album to uplift rock music. His most recent release, Boarding House Reach, did not fail to impress.

Before he found his prestige under the legendary alias Jack White, Detroit native John Anthony Gillis floated around local bars playing guitar for low key garage bands. In 1996, White met his now ex-wife Megan White — a bartender and drummer — and they began making music together. Their collaboration grew into the two-time Grammy Award-winning band, The White Stripes.

Despite the couple’s marriage only lasting a few years, they kept their band alive. The Whites did more than just produce music together, they developed their band into an iconic brand. Everything The White Stripes did could be visualized in the three colors: black, white and red. The pallet was reflected in their clothing, makeup, merchandise and art. Jack White in the meantime, was also working with the rock band The Raconteurs, famous for their song “Steady As She Goes.”

In 2008, the Whites decided to go their separate ways and no longer make music together. Jack White, unlike Megan White, decided to remain in the industry and took part in the creation of the band The Dead Weather. On top of all of his collaborative musical endeavors, Jack White has also been juggling a solo career.

Before Boarding House Reach was released on March 23 of this year, White created two other solo albums, Blunderbuss (2012) and Lazaretto (2014). His solo career peaked when he came out with the song “Lazaretto,” sharing the name of the album. Despite having to adjust to the unique personalities of each of the bands he was a member of, White had the gift of creating a whole separate identity being himself.

In his newest effort Boarding House Reach, White relies heavily on his distinct vocal abilities. Unlike this album’s predecessors, a lot of the songs contain a minimal amount of background instruments. This pattern starts off with the very first song called “Connected By Love.” White takes on a Freddie Mercury approach to the introduction of the song. He dramatically enunciates the lyrics, pausing between phrases and building up the power of his voice at the ends of the verses. The instrumentals of the song are simple and non-distracting. They range from a mellow pulsating synthetic base, a slow drum beat and some essences of a lighthearted piano. The key Jack White moment within “Connected By Love” is the ripping guitar solo that springs out of nowhere from the plain melody. This solo helps to remind the listener about who they are listening to, despite White’s modernized style.

In White’s solo work, especially the most recent, he gives his style of rock a twist by incorporating a lot of synthetic sounds and noises. The song “Hypermisphoniac” exemplifies this factor. The intro is comprised of liquid squirms and cosmic synths. White’s voice is also heavily digitized, adding to the chaotic — yet intriguing — composition of the song.

Within the album, there are also some songs that act as outliers, because they don’t contain any singing. “Ezmerelda Steals the Show,” is 1:42 minutes of a wild story that Jack White narrates in a feminine voice. The tale is told on top of a calm guitar melody that gently strums as he speaks. The tone of the story seems soft and light yet has an eerie, unsettling tone to it. While one of these strange spoken pieces might have been fitting, White stuck another one in the list called “Abulia and Akrasia.” “Abulia and Akrasia” begins with an Eastern European sounding melody which is joined by White’s voice which sounds like the narrator of an old western film.

The two tracks “Ezmerelda Steals the Show” and “Abulia and Akrasia” do not fit well among the other songs on the album. They are monotonous and extra, to say the least.

At times in Boarding House Reach White’s ambitious efforts to be unique end up costing him quite a few cool points. In the track “Ice Station Zebra,” White throws listeners with an attempt at a bee-bop-ish rap. After a lighthearted bass, electric guitar and drum symbol intro, White begins his chanting after 45 seconds. The beginning instrumentals go on for way too long and the rap, unfortunately, reflects an unoriginal attempt to be original.

Aside from malfunctioning rap, in the song “Everything You’ve Ever Learned,” the intro is one of the freakiest ones out there. A narrator that resembles one of those automated phone operator voices repeats “Hello, welcome to everything you’ve ever learned. Brought to you by.” He never finishes who the message is brought to us by and just keeps going on and on until a series of bongo drum beats cut him off. The track diverts into White screaming a manifesto like chant. The angry screaming on top of bongos and bashing drums has an obscure connection to the futuristic introduction and is even kind of random among the other songs on the album.

White does not fail to deliver at least one classic, punk rock track to his fans. “Over and Over and Over” is a powerhouse of shredding guitar, blasting drums and White’s intensely sharp voice. The song is supplemented by the background singing of gospel sounding women repeating after White when he sings “over and over.” The song is a hardcore headbanger and can be pictured being accompanied by ferocious flames streaming behind White on a giant, dark stage.

Boarding House Reach is a modern approach to rock which both innovates the genre and provides the same emotional experience that one would get from songs by Queen or Foreigner. White borrows from several genres to supplement his personal punk-rocky style. Despite not performing well with rap, White did a great job infusing funk, love and retro into his new slamming material.