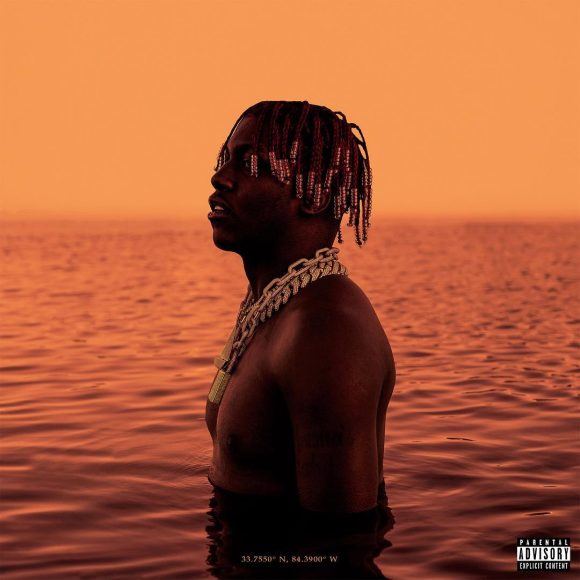 Everyone’s favorite red-haired, iced-out grill equipped rapper is back and more monotone than ever with his newest album Lil Boat 2.

Rapper Lil Yachty released his latest work on March 9 as a sequel to his 2016 album, Lil Boat. His new songs are pretty definitive to his signature style. They also boast an impressive array of collaborations with renowned rappers such as Offset, Quavo and 2 Chainz.

It is hard to tell where the roots of Lil Yachty’s fame really lie. The rapper enjoys endless moments in the spotlight. He’s stared in campaigns for Target, Sprite and Nautica while appealing to fans with his bizarre lifestyle choices. One of the 20-year-old’s most recent feats was finally moving out of his mother’s house. Then, he fulfilled a supposed “rapper goal” by buying his mother a new and improved house. Not only was this featured on Yachty’s Instagram page, but he boasted about it in the lyrics of the song “SELF MADE” on Lil Boat 2.

“Made it out my momma crib, then bought my moms a crib.”

Nowadays, it would be nearly impossible not to notice Lil Yachty in a crowd. His signature dangly blood red braids embellished with little plastic beads stand out on their own. But, he pairs them with wacky glasses and multicolored crew neck sweaters. This starkly sets the rapper apart from anyone else in the music and fashion industries. Lil Yachty’s fanbase surged after his first studio album produced by Capitol Records called Teenage Emotions. Now, Lil Yachty no longer identifies as a goofy internet based rapper. Instead, he has built himself into a legitimate brand.

In the beats category of Lil Boat 2, the song “OOPS” featuring 2 Chainz and K$upreme is the epitome of tasteful minimalism. At least in Lil Yachty’s world. The song’s instrumentals are dominated by an ominously deep thumping bass. The three rappers take turns chanting their verses as the beat pulses. Despite there only being two types of major instruments, the bass and the static synth click. The simple, yet engaging backtrack creates a mainstream, spunky feel in the song.

Another jam worthy song in Lil Yachty’s arsenal is “COUNT ME IN.” The track starts off with a remixed rendition of the introduction to the song “Magnolia” by Playboi Carti: “Yo Pierre, you wanna come out here?” This is followed by either a high-pitched screech of an opening door or a really disturbed baby. The borrowed intro is supplemented by a heart-rattling bass beat and Lil Yachty’s usual banter. Despite all of the pounding components turning into a muddy mess after a minute and a half or so, the lyrical efforts by Lil Yachty were more solid than not.

Along the list of eccentric attempts at rap, it is hard not to stop short on the track “love me forever.”  The song is oddly only one of two songs out of the 17 that has a title in lowercase letters. The track contradicts Lil Yachty’s past claims of not wanting a serious relationship. which he had famously stated in a hit from Lil Boat, “One Night.”

Unlike “One Night,” most of “love me forever” is composed of Yachty repeating “Love me today, love me forever. Ride with me, bae, ridin’ forever.” The rapper’s blasé tone on top of a whimsically distorted piano melody reflects a meager attempt at a romantic vibe. The lack of hump and dump references within this song might also reflect a hidden tender side of the young rapper that fans have never gotten to experience before.

While there are a few positive qualities to the album, there are also several negative ones. One of those aspects being that each of the songs within Lil Boat 2 sounds pretty much exactly the same. It would be hard to tell one song from the other if it weren’t for the impressive array of features Yachty tacked onto several of his new tracks. The young rapper does not fail to dowse his listeners in a not-so-healthy dose of his monotonous style of enunciation. At first, his distinctive tone is pleasantly familiar and should cause one to say, “Hey, that’s Lil Yachty!” However, after a while, it would have been nice if his vocal coach, if they exist, had told him to amp up his usage of falsetto. Which he did once within the whole album.

It seems as though the two songs within Lil Boat 2 without capital lettered titles have a common theme of spilling out of Lil Yachty’s comfort zone. In “she ready” featuring PnB Rock, Lil Yachty switches his game up a little bit by utilizing his rather pleasant falsetto tone. Within the lyrics, PnB and Yachty question a potential lover whether she is ready to commit to their fast-paced, star clad lifestyle. The contrast of “she ready” provides a major relief among the other monotone tracks. The song could even be a great addition to an upcoming Spring Break in Puerto Vallarta 2k18 playlist.

The self-proclaimed “king of teens” deserves some note of validation for his latest album release. His songs may be repetitive, but there is always something to be said for a musician who has become so distinguishable. Yes, Lil Yachty’s lyrics are chalk-full of immature nonsense, and his vocal abilities are lacking for the most part. Yet, the young rapper, at the tender age of 20, has gone through great lengths to plow his way through the music industry and become a literal icon in the fashion and rap worlds. As painful as it is to admit, Lil Yachty certainly deserves some generous respect.