Colorado storms back to defeat Samford 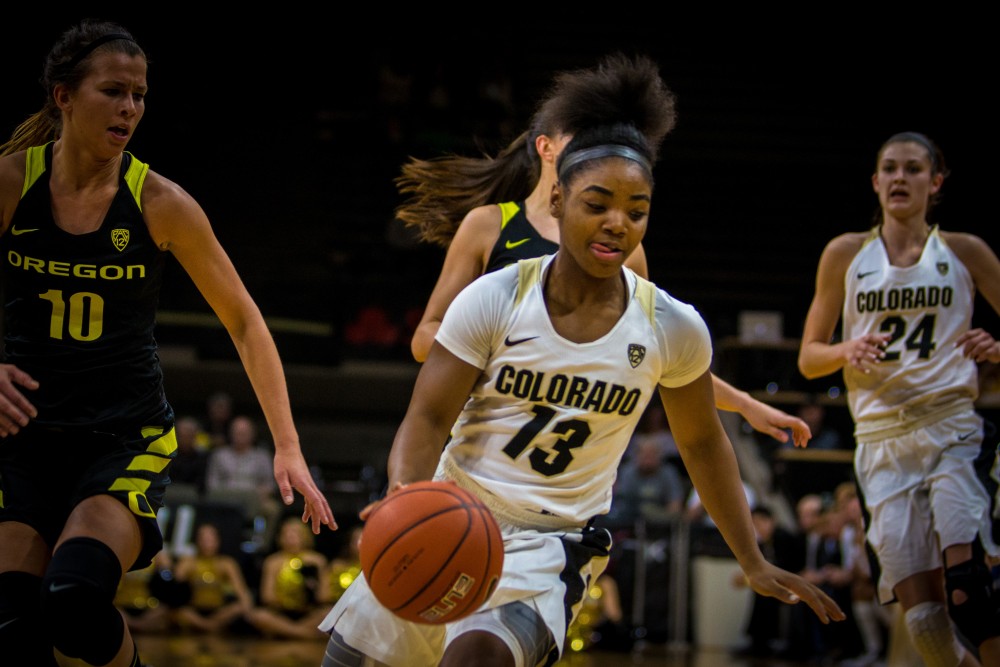 Sophomore gaurd, Brecca Thomas dribbling down the court during the Buffs 59-46 loss to the Oregon Ducks on Friday January 22, 2016. (Robert Hylton/CU Independent File)

The Colorado Women’s Basketball team defeated the Samford Bulldogs 71-60 at the Pete Hanna Center in Birmingham, Alabama on Friday night.

The Buffaloes started out sluggish on the offensive side of the ball, struggling to find a sense of cohesiveness with each other. The Buffs opened up the game down six nothing as the Samford Bulldogs began to roll as an offense. Freshman forward Annika Jank finally got the Buffs on the board with a three-point ball. Junior guard Alexis Robinson stole the ball for Colorado and passed it ahead to Jank who pulled up for the three. Missed shots, turnovers and sloppy play plagued the Buffs for most of the first half as they headed into halftime down 31-14.

For the rest of the first half however, the Buffaloes looked like a team that was nervous and shook by the pressure of being on the road and playing in their regular season opener. The Samford Bulldogs forced mistakes from Colorado and took the opportunity to capitalize.

The Buffs came out of halftime strong, looking like a completely different team. After only putting up 14 points in the first half, the Buffaloes exploded for 57 in the second half. Who knows what was said by the players and Colorado coach JR Payne in the locker room during halftime, but whatever happened in that locker room certainly paid dividends for the Buffs.

One reason for all the points off turnovers was that the Buffs opened the second half with a press defense. From the opening inbound pass of the second half, there was not a moment where a Bulldogs player did not have a Buff harassing them mercilessly. Sometimes there were two Buffs applying pressure to a Bulldogs player, it depended on the situation. The press defense paid off for the Buffs as they forced 14 steals to the Bulldogs six. Robinson led the way for the Buffs with 5 total steals for the game.

Colorado trailed Samford for most of the game and did not earn their first lead until their was 4:52 remaining in the game. From there, Colorado never looked back as Robinson hit a jumper to increase Colorado’s lead to six with 56 seconds remaining. Colorado would go on to hit some clutch free throws an wrap up the win 71-60.