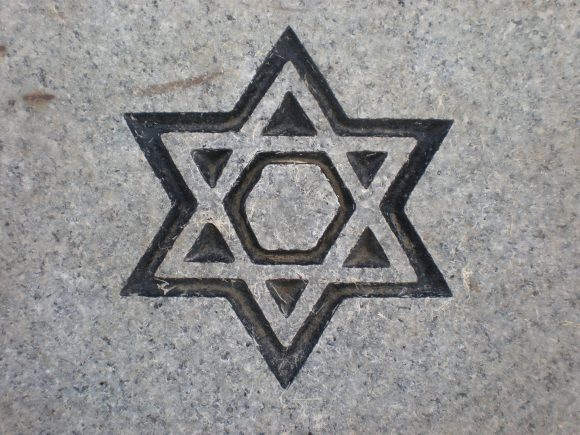 Jewish scholars, rabbis and artists came together to share their experience of the divine feminine in a unique and engaging presentation this week on campus.

The University of Colorado Boulder hosted the third biannual Embodied Judaism Symposium on Thursday, Nov. 2. The event focused on the Shekhinah — or “she” — a feminine divine presence celebrated in the Jewish tradition. The symposium is paired with a new exhibit that will be up for a year in Norlin Library.

The event catered to a modern audience, offering content that did not require background knowledge in Judaism. The event’s messages were progressive, despite centering around an ancient religion. Boyd and Firestone talked about the historic roots of gender fluidity and its deep ties to Shekhinah. Ladin led a segment about transgender issues.

Shekhinah pre-exists creation, explained Boyd. Adding that when people claim they wish to “go back to the way it was,” they would be returning to a society in which gender fluidity was the norm, according to Boyd. Firestone added to Boyd’s explanation of the fluid nature of Shekhinah, speaking about how Shekhinah and God are inseparable and interchangeable, and both masculine and feminine energies exist in everyone.

Firestone, founder of Jewish Renewal Congregation Nevi Kodesh in Boulder called for the return of Jewish focus to Shekhinah. For 2,000 years Shekhinah has “flowed like a river under Jewish history,” she said.

Firestone said that Shekhinah is alive and present, but the dominant idea of a male divine overshadows it. She said that the name “Shekhinah” can refer to all female divine presences across religions such as the Hindu goddess Aditi, the divine wisdom concept of Sofia in early Christianity and the Virgin Mary in contemporary Christianity. The “divine feminine” is evolving, according to Firestone, and unlike an otherworldly, masculine divine, she is present with us at all times. She is refreshing, compassionate and nurturing, and brings joy and art, said Firestone.

Like Boyd, Firestone made the distinction that when speaking of masculine and feminine divines, “she” is not referring to set sexes or genders, but principles. The gentle, nurturing principles of Shekhinah are defined as “feminine,” though the characteristics are not exclusive to women. Firestone connected the idea of masculine and feminine principles to the Sabbath, where traditionally two candles are lit in the evening. She explained that each of the two flames represent one group of principles, the masculine and the feminine. Lit together on the Sabbath, the flames represent peaceful equality, in which neither outshines the other.

Ladin shared her poetry, which focuses on Shekhinah and embracing Ladin’s own transgender identity. Her presentation was entitled “When I Grow Up I Want to Be the Shekhinah.” Ladin explained that growing up transgender, she didn’t fit the cultural norms of male or female, which is why she “had a very strong sense of God’s presence.”

When reading about God, she never felt that the divine was male, but rather saw God as gender fluid. This led Ladin to a strong connection with Shekhinah. Ladin said she felt Shekhinah gave feminine life to her body, which was formerly a “dead male shell.”

Ladin shared a number of poems with the audience. They ranged from those focused on the Shekhinah and embodiment — these were written during Ladin’s earliest stages of transitioning—to more recent poems about love that have religious undertones. Almost every one of them was followed by an interjection of applause from the audience.

The performance centered around the struggle for dominance between men and women. To embody this, Sher-Machherndl continually pulled Harper down to the ground. After Harper collapsed, she gracefully recovered her stance, in a show of feminine resoluteness. In other instances, Harper and Sher-Machherndl danced in unison, contorting their arms side by side.

It was a night of celebration. Mostly, the audience smiled and laughed at the fast quips,  beautiful language and powerful movement that the presenters offered. Save for a few disconcerting comments on the role of the feminine in modern society, audience members were graced with an opportunity to leave the chaos of reality and take a step into the divine.

To learn more about the divine Shekhinah, visit Norlin Library, where an exhibit is on display now until the end of the academic year.