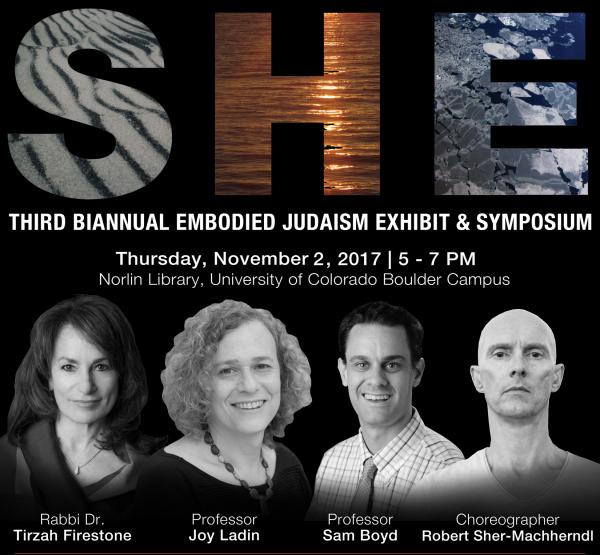 A new exhibit on the second floor of the Norlin library explores the divine feminine in Jewish history, theology and contemporary culture.

Called “SHE,” the exhibit focuses on the Shekhinah, the ancient Jewish figure of the divine feminine. It focuses on conceptions of the Shekinah throughout history and how the divine feminine relates to movements like feminism, transgender rights and environmentalism. The Shekhinah has been referred to for millennia in Jewish writings and folklore, and is especially significant to American Judaism and Jewish feminism.

Contemporary discussion of the Shekhinah arose out of the Jewish Renewal movement, which originated in post-WWII America and was closely tied to the progressive movements of the 1960s and 70s. Jewish Renewal is not a specific branch of Judaism, but rather a movement focused on the reintroduction of Jewish mystic practices such as Kabbalah.

Dr. Nan Goodman, director of the Jewish Studies program and curator of SHE, said that the exhibit was created with the goal of educating students about how complex and multifaceted the Jewish tradition is. She said that when she teaches about the Shekhinah in her classes, “the vast majority of students have never heard of her.”

Goodman hopes the exhibit will change that.

“SHE” is the third in a series of embodied Judaism exhibits that draw from material held in the post-Holocaust American Judaism collections, an archive of contemporary Jewish-American material in Norlin Library. The first exhibit was focused on the life of Rabbi Zalman M. Schacter-Shalomi, one of the founders of Jewish Renewal. The second was about the Freedom Seder, an event where Jewish and African-American activists in the Civil Rights Movement shared a meal together on the first anniversary of Dr. Martin Luther King Jr.’s assassination.

Andrew Violet, exhibit coordinator for the library, said that the embodied Judaism exhibits and symposiums were designed to present information about Judaism that’s more focused on Jewish life and practice rather than strictly academic. He described SHE as the “most evocative” of the exhibits so far.

The exhibit is paired with the third biannual Embodied Judaism Symposium, which will be held on Nov. 2 in Norlin Library. The symposium will feature readings by professors from CU and Yeshiva University, a choreographed dance by award-winning choreographer Robert Sher-Machherndl, and a talk by Rabbi Dr. Tirzah Firestone, founding rabbi of local Congregation Nevei Kodesh.

SHE will be on exhibit for a year in Norlin Library. The American Judaism Collections are open to all students interested in learning more about the Jewish experience. Contact Goodman for more information and to get access.