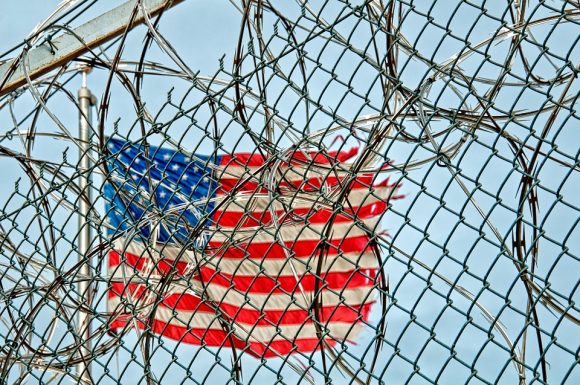 The University of Colorado hosted “On the Row” Thursday. The script was written by a group of death row inmates in Arkansas, where it was exclusively performed before this. The prisoners’ stories and poems were retold by six men dressed in white, accompanied by an acoustic guitar and a few handwritten projected slides.

The script, which was made possible through the efforts of the Prison Story Project, covered a broad collection of personal stories, diatribes against the criminal justice system and emotional pleas for some sense of empathy in a process many feel is dehumanizing and abusive. It was performed in a consistent slam poetry meter with occasional forays into song and traditional monologues.

Some of the play’s most powerful moments came from the calmer recollection of personal stories. Most of the men spoke fondly of their families. Many had children. One of the reading’s most memorable scenes was one inmate’s recollection of his son asking when he would be home. The tenderness expressed in these dialogues attempt to challenge the way felons are commonly thought of and discussed. Even the most violent men feel crushed by being separated from those they love.

The stories about life before incarceration provided a sense of the environments that shaped these men. One actor described a memory of “the hurt, the pain, the slash of extension cords, fan belts and wire clothes hangers cutting into the flesh on my back, legs and arms.”

Another scene reflected on the difficulties the characters faced.

“The screams of my mama as I’m being dragged by the chain around my neck … the taste of blood, the cold ground, the rattling chains locked to the axel of a truck. Who am I?” an actor said. “The trash no one wanted.”

The impact of long-term isolation on mental health was another running theme in the performance. For the men the dialogues focus on, pen and paper are the sole outlets they have to the real world. While the script suggests that the monotony and loneliness that characterize the incarcerated experience may provide time for personal reflection, it also emphasizes that being alone in a cell for decades brings out a deep sense of depression that destroys one’s quality of life.

The Prison Story Project is an anti-capital punishment organization. The script has political goals, mainly criminal justice reform and racial equality. The nonprofit organization believes, as many do, that race plays a significant role in the ways justice is carried out in the United States and that black men bear the brunt of this.

“If you get a chance to see the performance, see it,” said Jacob Lindberg, a University of Arkansas student. “Read the stories of these inmates … they’re still facing this every day … and donate if you can.”