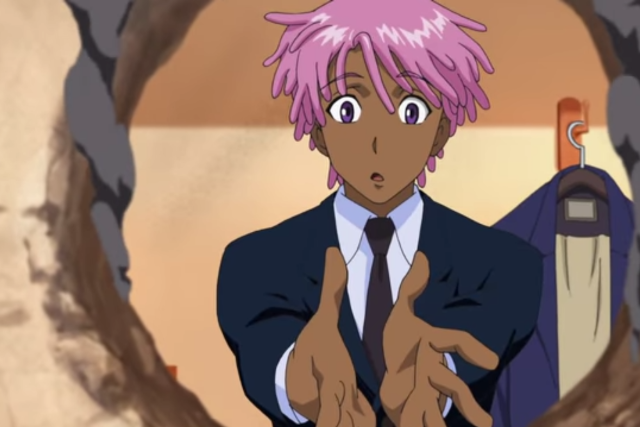 Actor Jaden Smith stars in the first season of Neo Yokio, which arrived on Netflix Friday, Sept. 22. Even if you don’t consider yourself an “animaniac,” or even a fair-weather anime fan, you might still find yourself delighted by Vampire Weekend front man Ezra Koenig’s strange new series. The all-American anime creates quite the spectacle of itself, and one can’t help but be entertained.

Smith and a pack of famous vocal talents such as Susan Sarandon, Tavi Gevinson and Jason Schwartzman star in the six-episode series. It follows a young Kaz Kaan, voiced by Smith. Kas is a khaki-wearing, legacy-demon exorciser as he flies around the metropolis of Neo Yokio — a futuristic New York City — on the back of his lovable mecha-butler Charles, voiced by Jude Law.

If you are familiar with Koenig’s work with Vampire Weekend, then you are aware of his aesthetic fascination with all things posh. The show explores, and pokes fun at, wealthy socialites. There are many memorable characters, and the show has a brand of hyper-specific wit that seemingly comes straight from your twitter feed — vape jokes, Damien Hirst references and all.

If this sounds like your cup of tea then boil some water, fire up your computer and let it steep —  but if not, perhaps it’s best to sit this one out.

The satirizing of the wealthy elite the show endeavors is by no means masterful, and comes across as more self-deprecating than anything else. The incessant complaints of the privileged often appear a bit disconnected from a wider audience. Still, Kaz makes a nice anti-hero. His made-for-meme “struggle” is a perfect mirror of certain parts of our generation’s internet culture: narcissism, superficiality. It is ephemeral, and equal parts depressing and fun.

The anime series doesn’t take any tangible stance on race like many anticipated it would. However, it is self-aware and celebrates the art of being “extra.”  This is illustrated in many moments during its run: awkward hookups in the Hamptons, the motif of a luxury Toblerone bar spanning the better part Kaz’s torso and a scheme at the Grand Prix. The show does have its moments of woke-ness, but they are mostly cursory asides, as creators assume that the viewer is already on the same page.

Neo Yokio’s cartoonish characters are cartoons, after all. While the medium could produce content that reaches deeper, like the Netflix success Bojack Horseman, not everything  must. The show is humorous, fun and occupied by a talented cast in a bizarre world.