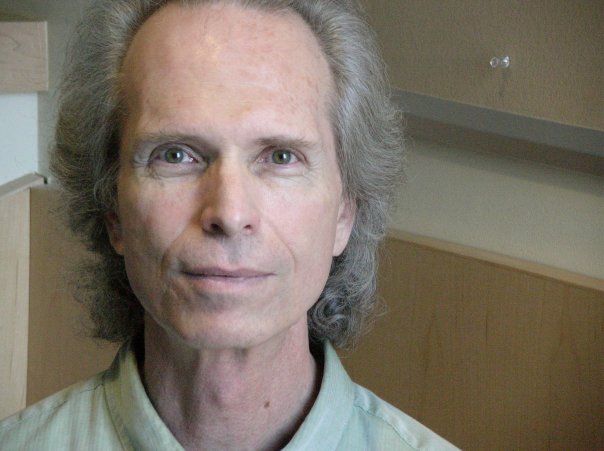 After critiquing student films all semester in his Super 8 film production class, it was finally time for Don Yannacito to show one of his own.

He unearthed an old regular 8mm film projector, almost as loud a vacuum cleaner, and started it up.

Titled Iannacito, after Yannacito’s original family name before it was Americanized during immigration from Italy, the film documented parts of his life. The reel spun and showed images of his visit to the Italian village of his ancestors, his family — including his parents, John and Angelina — and his brothers at their home in north Denver.

His real-time voice spoke over the film purely from memory, giving insight to his admiration for his father, and his desire to know him better. John gave him everything, but he rarely opened up to Don, living a simple life as an electrician. As the projector clicked, he talked about his brothers and how they were 10 and 20 years older than him — a result of his parents making sure they would have enough money to provide for their children. Each child had an opportunity to go to college and choose their own profession, something the family couldn’t do in generations prior.

Yannacito’s soft voice allowed the class to catch a glimpse of what it was like growing up in a 100 percent Italian family and what inspired a man to dedicate his life to film.

Iannacito was one of the last films that Don produced, and he hasn’t made one since 1985.

But Yannacito, a senior film instructor and administrator, has been teaching at the University of Colorado much longer than he’s been making films. And after being in the film department for 37 years, he’s finally decided to call it quits, sort of. He will teach one Super 8 film class for at least another semester, but leave most of the administration work behind. He will maintain his position as curator for First Person Cinema, the world’s longest-running avant-garde film screening program still in existence.

Luther Price, Ken Jacobs and Lynne Sachs are just a few of the influential filmmakers Yannacito has been able to bring to FPC.

“Don has kept a film community here all these years,” said Phil Solomon, a CU film professor since 1991. “I got to see everything that I heard about. Any hot filmmaker came through here. Don put CU Boulder on the filmmaker’s tour map.”

Yannacito isn’t quite sure how he’ll spend his newfound free time yet.

Teaching and talking about film are what he knows best; he helped start the film program at the University of Colorado Boulder in 1978.

It all started when Yannacito and his best friend, famous experimental filmmaker Stan Brakhage, were walking down a hallway in the fine arts department and were pulled aside by two professors. Yannacito was involved in FPC after graduation, but had not taught yet. He worked in a different field at the time.

The professors offered for Brakhage to teach film at CU. He hated the idea.

“How could you ask me to teach my process?” he said. “Creativity can’t be taught.”

“He got pissed,” Yannacito said. “He’d never teach people how to make art. That was blasphemy to him.”

At the end of the tirade, Brakhage turned to Yannacito and said, “But he can do it.”

“I could be a blasphemer. That was all right.”

And thus began his 37-year run of teaching “The Beginnings of Filmmaking.” Yannacito will kiddingly tell you that he has only taught this one Super 8 class because he’s not very ambitious (he did teach a film history class and an upper-level production class for a few semesters each, but those are the only exceptions). He’ll also add that it’s due in large part to his dedication to helping young filmmakers.

“Don has a great quality of finding anything interesting in a beginning student’s work,” Solomon said. “He knows how to do that. He’s open-minded. He’s open to new experiences, not just trying to enforce a particular aesthetic.”

Yannacito didn’t have a film degree when he started teaching. He still doesn’t. And, as the years progressed, he wasn’t an active filmmaker, either.

“Most could only be a secretary with my qualifications,” he said.

But he sure knew what he was talking about. Film as an art was an altogether new idea early in his career, and his experience with Brakhage and others in experimental film culture gave him a leg up on everyone else.

He first became familiar with avant-garde film at the ‘coffee house’ scene.

“Art was prominent,” Yannacito said about people at the coffee house. “They played music. They didn’t just listen to it. They wrote poetry. They created magazines. They drank exotic coffees. They used drugs — some of them — and there were people from all different aspects of life.”

He was introduced to that culture during high school and it showed him a whole new world. It was much different than his steady home life. Yannacito started to attend the Experimental Cinema Group (later renamed First Person Cinema) with people from the coffee house. This is how he met Brakhage.

After graduating from CU Boulder in 1968 with a degree in psychology, Yannacito went to Italy for a while to shoot part of Iannacito, and then returned looking for a job — any job. The Sink was the place to hang out, and one day Yannacito stood in the middle of the restaurant and shouted he wanted work that’d pay him $10 an hour. Someone shouted back and asked if he wanted to be on a survey crew.

“I haven’t looked for any of the jobs I’ve ever gotten,” Yannacito said.

He was a part-time surveyor for 5 years while staying involved in the film community in Boulder. It was hard work, carrying poles up and down mountains in extreme weather, so he was happy to get out of surveying and into teaching once he did.

By any means, his teaching career was a success. Students and teachers always have good things to say about him.

“We kept Super 8 around all these years partly because that was Don’s specialty,” Solomon said. “And the students love it. Every student I know recalls their Super 8 class as the most fun.”

Yannacito consistently ranks as one of the highest rated CU teachers on FCQs, the forms students fill out at the end of semesters to grade teachers’ performances. In the past 7 years, which includes 30 different courses, he has never received an overall score lower than 5.5 out of 6, and regularly gets perfect scores from his normal class size of around 15 students.

“I’ve learned how to approach teaching with a kindness and a way of giving information that seems relevant and important to students so that it’s not just dry,” Yannacito said. “And I care about students. And I care about this subject. And when those two things come together, if it works, the students get turned on, and they appreciate learning something new in their lives.”

Until 1989, film was part of the English department. Many originally took Yannacito’s class to fill elective credits. But there were also plenty who studied film as a ‘self-created major’ and went on to have their own successful careers in the filmmaking industry. Afterward, film became its own official major, and CU offered (and still does) a BA in film studies and a BFA in film production.

Two of his most famous students were Trey Parker and Matt Stone, creators of South Park and the Broadway hit musical The Book of Mormon. Parker and Stone met in a class Yannacito was teaching in the summer of 1991.

Yannacito said he was closer to Parker and remembers going on long walks around campus, talking about relationships, breakups and life in general. They were good friends. He recalled one breakup where Parker decided to go bungee jumping to get his mind off of the situation. Yannacito also remembers him running the Kage (where students rented film equipment), being an expert in karate and music, and just being an overall nice, funny and mentally sharp guy.

Parker’s early short films were just as raunchy as his current work.

“He made little animations already,” Yannacito said. “They were shocking. There was a big penis on one of the characters walking around I think poking other people or something. He wasn’t afraid to shock people, but in my estimation he never overstepped the bounds.”

Parker and Stone failed a film history class largely because of their work on a feature-length movie Alferd Packer: The Musical (later renamed Cannibal! The Musical). Yannacito acted in the film. As a result, Parker and Stone were three credits short of graduating and never earned their degrees before they left to work on South Park.

Parker and Yannacito sent a few letters back and forth after they went their separate ways. And, although they haven’t kept in much contact in recent years, Yannacito did see Parker in 2012 at Denver’s premier of The Book of Mormon.

For a while, Yannacito didn’t think he would finish his career in film. He had problems with the selfish nature that many artists needed to create their works. He wanted to try something else, so he got a master’s degree in psychotherapy in 1995. On the side he has been a marriage and family counselor ever since, but the bulk of his work has remained in teaching. He eventually moved past and accepted how egotistical some artists can be.

“It was enough like therapy,” Yannacito said of teaching. “The two things are very similar. I was inclined to help people. I liked doing that, both in a disguised form as a teacher and a direct form as a therapist.”

In August 1993, one moment significantly changed his life in multiple ways. Yannacito’s mother, Angelina, 89, was dying. She had pancreatic cancer. But, in an emotional time, he found a beginning to go along with an end.

As Angelina passed, Yannacito met the nurse caring for his mother. Her name was Evelyne and it was her last day at the Hospice of Saint John. Evelyn and Don married two years later and have been since.

“It was like they passed the torch on,” Yannacito said, not specifying who ‘they’ were.

Evelyne was born in Bangkok, Thailand and was raised in Switzerland. In those countries, once you hit 65 — an age Yannacito passed a few years ago — you have to retire. There’s no choice. It’s supposed to leave room for the next generation to step in.

“They’re wondering why I’m not retiring,” Yannacito said of Evelyne and her family and friends. “But I love it. I think if I weren’t married to the woman that I am married to, I wouldn’t have retired now. But I see some wisdom in what they’re saying.”

Showing a film in Yannacito’s class traditionally requires the student creator pulling up a chair in front of everyone and listening to critiques. The filmmaker doesn’t speak.

After showing Iannacito, Don did the same — a role reversal.

But no one had anything bad to say. There was only praise. Everything he taught about creativity and putting yourself and your ideas into a piece of art was present in one 20-minute film. Some students were holding back tears as they spoke.

And all Don could do was smile.

As a sports editor turned copy editor, Jared Funk-Breay unsurprisingly loves sports. He follows the Broncos, Liverpool FC and of course all things Buffs. When he's not lazily sitting on his couch watching sports or a good film, you'll find him at the gym shooting hoops. Follow him: @jaredfunkbreay