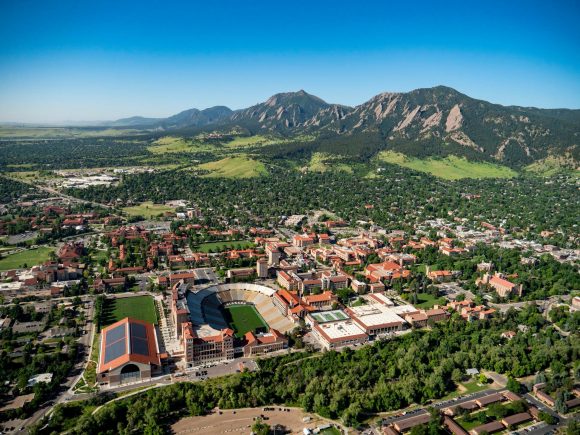 On Sept. 20, the University of Colorado Boulder announced it would be participating in the Overdose Detection Mapping Application Program (ODMAP), a system designed to track drug overdoses in real time across the country.

The university’s police department(CUPD) signed a participation agreement with the program, agreeing to share local drug overdose information with the program in exchange for the viewing of nationwide overdose data and receiving custom reports and alerts regarding overdose trends.

“CUPD looks forward to being a proactive partner in this effort to reduce harm and best respond to drug overdoses in our community,” said Doreen Jokerst, CUPD’s chief of police, in a statement published in CU Boulder Today.

The announcement comes almost a month after National Fentanyl Awareness Day and after community members have expressed concern with the rise in fentanyl-related overdoses impacting the campus community.

The goal of ODMAP, according to its website, is to “mobilize a cohesive and collaborative response” to overdoses. The program collects and provides data with the location, date and time of an overdose as well as what drug was involved. ODMAP does not collect personal health or any identifying information.

The system is based on a web interface that first responders can access from their mobile devices to enter information about drug-related events, including whether an overdose was fatal and if a medication was administrated.

The data is intended to allow local officials to respond more quickly and appropriately to increases, or spikes, in overdose events in a particular geographical location.

An alert is sent out to agencies if the total overdoses in an area surpass a predetermined amount within a 24-hour period. This can act as an “early warning” to nearby jurisdictions, allowing officials to anticipate a spike in overdoses and to prepare accordingly.

“This agreement adds to our partnerships that enhance public safety both for CU and the wider community,” said Dan Jones, CU Boulder’s associate vice chancellor for integrity, safety and compliance, in the CU Boulder Today article.

ODMAP was developed in 2017 to help address the opioid epidemic. The program now captures data in all 50 states, Washington, D.C. and Puerto Rico. It had over 28,000 users nationwide as of 2021.

Celia Frazier is studying journalism and Spanish at CU boulder. She enjoys covering news and environmental issues. When she's not writing, she enjoys hiking, climbing, and watching documentaries. This is her first semester with the CU Independent.

Police arrest 17-year-old in connection with burglary and indecent...