College and local theaters get creative during COVID-19 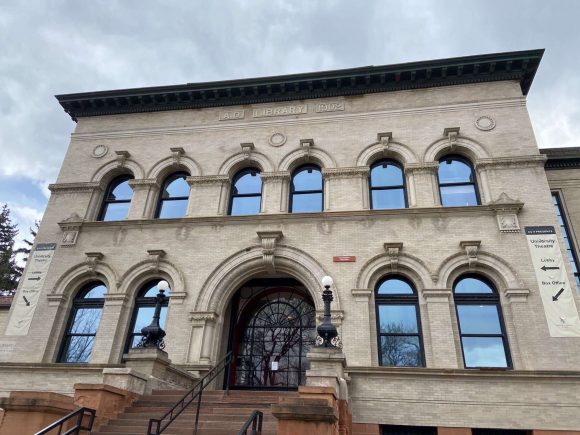 “During our meeting we had the alert that someone on campus might have been exposed to COVID-19 and everything changed,” University of Colorado Boulder student Eli Davis said.

When CU Boulder moved classes online in March, the theatre department was forced to cancel shows, and many students lost artistic opportunities. However, CU is still trying to find ways to keep theatre students connected and show their actors’ work.

In the theatre department, the community is staying connected with “Corona Fridays,” hosted over Zoom by Ted Stark, the head of design at CU. Here the students and staff can gather for a few hours to talk about life. Davis is especially inspired by his classmates who are keeping the artistic spirit alive through Zoom performances and playwriting.

“There’s still a lot of art going on, which I’m really excited about,” Davis said. “And there’s a lot of change, but COVID-19 can’t stop people from being creative with each other, and that’s just been proven by the theatre department.”

Rita DiSibio, a CU theatre student, wrote a few plays that were slated to be read at the New Play Festival at CU, which was canceled. However, their work isn’t going unread.

“(In) one of my acting classes, we’ve been reading some of the new plays just for fun,” DiSibio said. “My class read my plays to me, so that was super cool of them. We invited people from the department to see our cold stage reading if they wanted to. That was super fun because it was an acting challenge for them, and I got to hear the script.”

However, DiSibio acknowledged the lack of ticket sales and funding for the theater department could impact the upcoming year’s shows. They said the CU theatre students may have to adjust their expectations.

“Perhaps smaller visions will need to be made and adjusted for shows, if we want to put on shows,” DiSibio said.

Beyond CU, theater professors are trying to support their students, especially the seniors, by finding ways to help them adjust to the shifting job market. At Illinois Wesleyan University, senior Chris Woodley shared how his professors are helping him adapt.

“Our professors are focusing more on how theatre could change into more of a virtual type of thing,” Woodley said. “Rather than auditioning now, they’re thinking that we’re going to be sending in self tapes, and things that are less in-person, even after all of this blows over.”

The trends seen at a university level are reflected in the theatre world as a whole. Smaller local theatres all the way up to Broadway are being affected. However, though this will have lasting effects on the production of new shows and the theatre job market, artists are making the best of this time and trying to find innovative creative outlets.

Holly Zorn-Lindsay is a theatre professional and military spouse who has worked all over the United States as a director, designer and stage manager. She currently works as a member of the board of directors for Black Hills Community Theatre in Rapid City, South Dakota. She’s been working in theatre since she was nineteen, and now has twenty years of experience. She’s never seen something like this. South Dakota theatres were some of the last to shut down.

Zorn-Lindsay said she thought the state government was “completely unprepared here and really thought they wouldn’t have to deal with this (virus).” She added that “the theatres were no different.”

The Firehouse, a local theatre in Zorn-Lindsay’s town, has shut down without intentions to ever reopen. This isn’t an uncommon story either. Even “Waitress,” a Broadway show that moved to the West End, called off the rest of their London run that was supposed to end in mid-July.

Yet, the necessity for funds inspires creative, uplifting and original fundraising ideas. Local theatres are finding ways to record artists and put them on YouTube channels, Facebook or their own websites. On a national scale, there are musicals being released so that people can stream them at home. For example, Andrew Lloyd Webber, one of the most famous modern theatre composers, has been releasing one of his musicals per weekend.

While some of the COVID impacts are immediate, theatre community members predict that other influences may last even after the shutdown is over.

“I think it’s going to be very different,” said Woodley. “I wish that it wasn’t, but what I keep thinking about is how once this thing passes over, and we’re all safe, I don’t know how comfortable people are going to be sitting two inches from each other in an auditorium of a thousand people watching a show.”

“You may see more site-specific theatre or you may see more one-people shows. I think we’ll see a lot of plays written about this time,” Zorn-Lindsay predicted.

Looking ahead, communities are trying to stay positive about the future of theatre.

“The thing that I have been feeling and saying out loud is (these are) very dark ages, and maybe we’re coming into a renaissance,” Zorn-Lindsay said. “You have a lot of people who for whatever reason maybe didn’t pursue their creative outlets and now are because they have the time.”

DiSibio said they hope that the world emerges from lockdown with a better appreciation for the arts.

“All types of artists are so important, because as we’re here alone, we’ve all been watching movies and listening to music and painting and drawing and dying hair and stuff like that, and that’s all of our professions,” DiSibio said. “I think and hope that the world sees artists as people who have more value than I think they have been seen in the past.”